Kwartludium was formed in 2002 by Dagna Sadkowska (violin), Piotr Nowicki (piano), Michał Górczyński (clarinet, bass clarinet), Paweł Nowicki (percussion). The ensemble focuses on performing works of young composers active both in Poland and abroad created specifically for this unique instrumental combination. Kwartludium possesses in its artistic output dozens worldwide premiere performances on many prestigious festivals all over the world. Also contemporary improvised music plays an important role in the group’s activity. In the repertoire of Kwartludium are graphic and intuitive compositions of the most significant representatives of the newest music such as: Karlheinz Stockhausen, Cornelius Cardew, Roman Haubenstock-Ramati and Dubravko Detoni.

In 2007 Kwartludium became a laureate of Scholarship Program of Minister of Culture and National Heritage “Young Poland”. In 2009 Kwartludium, next to 21 the most remarkable groups specializing in performing contemporary music, took part in a prestigious European project titled “Re:new music” promoting the repertoire of works of privileged European composers. In 2012, the group was invited to participate in another European programme New Music:New Audiences which was a continuation of the Re:New Music project. Since 2014 the Kwartludium has been collaborating with the Swedish Arts Grants Committee. As a result of this collaboration, seven pieces by Swedish composers dedicated to the Kwartludium ensemble have been composed. To date, composers who have participated in the residency programme include Rei Munakata, Joakim Sandgren, Mika Pelo, Fredrik Gran, Dror Feiler, Mansoor Hosseini, Ivo Nilsson, Alessandro Perini and Henrik Denerin.

In 2022 the ensemble was honored with the jubilee award of the Minister of Culture and National Heritage on the occasion of the 20th anniversary of artistic activity. 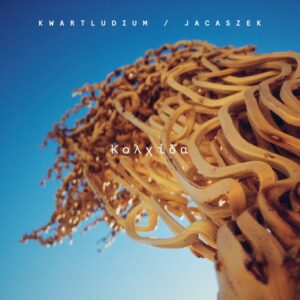 In 2022, we are celebrating the 20th anniversary of artistic activity! 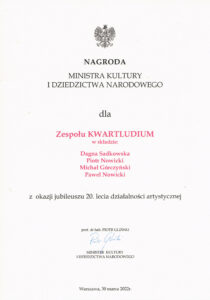 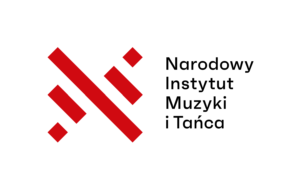